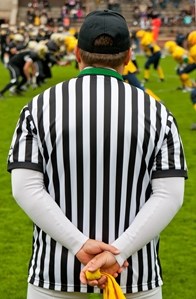 Background checks continue to be a major point of contention in the United States, especially considering major events that occurred in the government, National Football League and other organizations. While some of the actions taken by secret agencies and professional sports team owners might not always apply to the average business executive, some lessons can be learned from the mistakes made by newsworthy individuals.

The most important teaching is that any company which does not feel entirely comfortable with the background screening process should consider outsourcing the task to a firm that specializes in all of the associated regulatory compliance statutes and best practices. This way companies can rest assured that a thorough and compliant analysis of applicants' backgrounds will be conducted in a timely fashion, avoiding sanctions and missed opportunities when it comes to talent.

NBC Sports recently reported that the NFL's owners are now beginning to consider using police experts to check tattoos on players as a backgrounds screening measure. This decision was largely influenced by the recent Aaron Hernandez controversy, as some experts believe that they would have been able to identify gang connections through the tattoos on the tight end's arms.

According to the news provider, this has not yet received any backlash from the players' association, nor any advocacy groups. The police experts would be present during combine testing for prospects coming out of college who have tattoos, and would conduct the examinations before any paperwork is signed by the team or player.

Now, this might not always be the best idea in the enterprise. This action will likely manifest into reality in the coming years, as the source noted that the NFL has already hired experts to try and identify any gang signs displayed during touchdown dances and other on-field celebrations. However, the average applicant at a business would not be likely to feel comfortable getting tattoos examined by a police expert before making it into that second interview.

Enterprise decision-makers need to be careful with the practices they conduct and always ensure that they are simultaneously complying with laws and making the applicant feel comfortable. Ostracizing talented individuals could lead to the withdrawal of the application, or potentially a lawsuit under the Equal Employment Opportunity Commission.

Meanwhile, in Washington
The National Security Administration and Edward Snowden controversy continues to heat up, and now officials are asking how the whistleblower ever made it through the highly intensive background screening process. The Washington Post reported that the company used by the NSA to screen employees is now coming under extreme scrutiny for the mishap.

According to the source, the background checking firm allegedly skipped the second review in roughly half of all cases between 2008 and 2011. Officials in Congress are now beginning to state that the oversight of federal investigative services is at an unacceptable level.

While the common business owner might not be worried about conspiracies and espionage, all executives should ensure that the firm used to conduct background screening processes is professional and manages the actions properly.