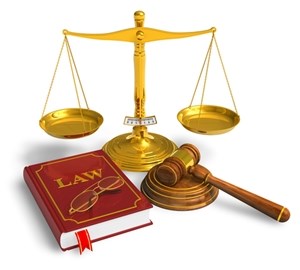 The debt collection industry has been especially active in recent years, as the credit bubble continues to expand in the United States. As a result of increased collection activity, federal regulators have increased efforts to create and enforce new laws that cater to the tactics common in the industry today, as some portions of the Fair Debt Collection Practices Act (FDCPA) are somewhat out of date.

Professionals should always keep up with the various goings-on in Washington, as well as state-level governments, to ensure they are compliant with legal requirements and following best practices. Failure to do so can result in a variety of issues ranging from fines to sanctions, and this has been an especially common problem in recent months.

What not to do

Sometimes it is best to learn from the mistakes of others and note the penalties incurred by partaking in illegal or ill-advised activities. CNN Money recently reported that debt collection stories have been very negative in recent months, likely the result of new entrants into the industry that do not know the law well enough to avoid abusive practices.

The source listed some of the most news-worthy mistakes of debt collectors, including one agency that allegedly threatened debtors with scare tactics, stating that a sheriff would be coming to arrest the couple should they not pay the company immediately. This type of action is considered abusive and is thus prohibited by the FDCPA. The Federal Trade Commission has shut down this agency pending the outcome of the trial.

The news provider also noted that some debt collectors have posed as a law firm, which is also illegal. In fact, not honestly identifying oneself to a debtor is strictly prohibited under the FDCPA.

Finally, CNN Money explained that some debtors have been contacting the wrong individuals in connection with debts. This illustrates the importance of having accurate information prior to attempting to retrieve a debt.

Breaking the stigma
Debt collection agencies that have been in the sector for a long stretch of time know the difficulty of circumventing the widespread stigma facing their industry. However, by following the laws and ensuring all employees are properly trained in best practices, debt collectors can build a solid reputation and avoid poor sentiments altogether.

When in doubt, outsourcing the debt collection responsibilities to a firm that specializes in the activities is always best, as this will help avoid penalties and improve customer experience.