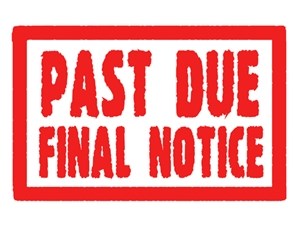 The debt collection industry has expanded significantly in the years following the Great Recession, as consumers and businesses hold higher volumes of outstanding loans than ever before. Many companies have issued complaints regarding debt collection best practices in recent months, as new entrants into the industry have created a strong stigma that now faces all agencies.

This has led to increased oversight from the federal government, as well as state agencies, to try and deter fraudulent or abusive debt collection practices. For example, the Consumer Financial Protection Bureau, which was formed following the Dodd-Frank Wall Street Reform and Consumer Protection Act, now has more enforcement power for the collection process, while lawmakers are working to refine the Fair Debt Collection Practices Act (FDCPA) to be more pertinent in the modern era.

Desert News of Utah recently reported that some debt collectors partake in illegal activities, such as trying to go beyond state or federal statutes of limitations. The best way for agencies in this industry to combat the stigma and improve the customer experience is to follow the FDCPA as closely as possible, while working to go above and beyond the call of duty to strengthen relationships with debtors.

According to the news provider, debt tagging is one common practice that is outlawed by the federal government, and involves the communication of a debt prior to verifying the individual's identity. This can lead to serious problems for consumers, as well as businesses, as incorrect connections of debt can cause credit ratings to fall substantially.

The federal government has a seven-year statute of limitation, which the source asserted must be followed by debt collectors. After seven years of working to obtain a debt, collectors are not allowed to report poor records to major credit bureaus, though some agencies try to re-age the account. Desert News explained that this is considered unethical, and should be outlawed through internal policies of debt collection agencies.

Complaints rose in 2012
InsideARM recently reported that the latest FTC statement regarding the most common consumer complaints included a higher total for debt collection issues than last year. According to the source, the FTC fielded 199,721 unverified complaints regarding abusive or illegal debt collection activities.

By following the rules as outlined by the FDCPA and refining internal policies to fit the criteria of the modern era, debt collectors can avoid legal issues and tarnished reputations.