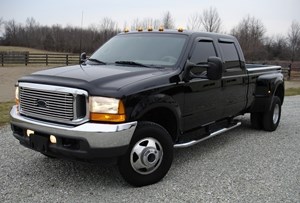 American consumer debt grew in the fourth quarter of 2012, according to the New York Federal Reserve Bank, marking the first increase since before the recession hit. Unlike in the past, however, buying homes isn't driving the growth.

The report indicated that non-housing related borrowing, such as student and auto loans, prompted total consumer debt to tick upward by 0.3 percent for the first time since 2008.

But the good fortune is nothing new for the automotive sector, which has been on a steady climb for months. Despite a recent increase in auto loan delinquencies, according to an Experian Automotive report, director of automotive credit Melinda Zabritski believes the industry is in good health.

"Of course, you never want to see an increase in delinquencies," Zabritski said. "But when you take a step back and look at the market compared to where it was three years ago, we still have remarkable stability."

Auto loans rising across the board

Perhaps the biggest reason for the auto sector's ascension has been the availability of loans relative to other industries.

In Fact, Experian Automotive recently reported that subprime borrowers accounted for 43 percent of new and used car loans in the fourth quarter of 2012, compared to just 36 percent in 2009, during the heart of the recession.

"After sitting on the sidelines for four or five years, there are people who need to make a purchase of a car," Kentucky Telco Federal Credit Union CEO and President Richard Reese told Business First. "But also, people are feeling like the economy is showing early signs of [growth]."

But financial institutions are playing catch up to alternative short term lenders. Because these firms use different scoring methods, such as Payment Reporting Builds Credit rankings, they have allowed subprime consumers to continue borrowing for cars even when banks and credit unions have refused them.