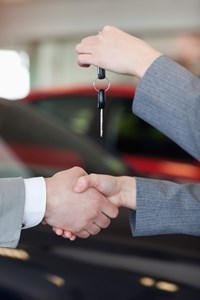 New car buyers are taking out loans in excess of five years in order to keep monthly premiums low. According to Experian Automotive, the average term for new vehicle loans jumped to 65 months in the fourth quarter of 2012, an all-time high.

Also, the source said that the average interest rate and monthly payment volume dropped as well. Officials with Experian believe it's a sign of a strengthening auto industry that is becoming buyer-friendly.

"Lower interest rates and longer loan terms made it easier for consumers to finance a vehicle while keeping their payments affordable. This, combined with the fact that more vehicle loans went to consumers with credit outside of prime, portends a vital and healthy automotive market," said Melinda Zabritski, director of automotive credit for Experian Automotive.

The report also showed that consumer credit report requirements have become more lax with lenders. Average credit scores that qualify for both new and used car loans dropped by six and five points respectively during the fourth quarter of 2012.

Automotive News, however, indicated that lenders put themselves at risk by allowing longer loan terms. In the case of a defaulted loan, lenders will be responsible for the majority of a vehicles value.