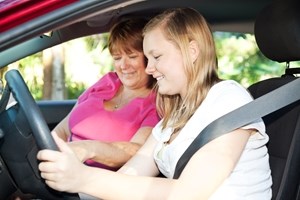 Since the Great Recession has ended, the auto industry has seen a return to robust sales. Currently, vehicle transactions for 2013 are on pace to set records. Already, Edmunds reported that July 2013 sales topped the number of auto purchases made in July 2006, just before the economic downturn.

The numbers continue to improve, which is a good sign for the auto industry. However, the sector's rebound isn't simply due to the overall improvement of consumer finances. Instead, new auto lending trends have been a major factor in the increased number of sales seen across America.

One of the newest techniques being used by auto lenders is the increased use of long term loan periods. In the past, the norm for loan lengths was between two and three years. Now, it's not uncommon for lenders to offer products that have 72-month pay off periods, according to WTMJ-TV.

Many consumers are favoring the new loan structures that, in many cases, can help them save a significant amount of money. The source stated that experts with Kelley Blue Book noted that a buyer can save $200 per month on a new car loan worth $25,000 by extending its length from 48 months to 72 months.

Another driving factor behind the extension of vehicle finance is that cars are starting to last longer. In the past, shorter periods were normal because cars were not as advanced. However, American manufactures are starting to create longer-lasting cars as they look to regain the confidence of U.S. consumers that was lost during the industry's domestic collapse. With such reliable cars on the roads longer, it's easy to see why many buyers are comfortable with longer loans.

Low interest rates
Despite the healthy sales, the U.S. auto industry is still in a state of recovery. Due to this, many auto lenders are keeping their rates extremely competitive as they look to attract new customers, 24/7 Wall St. reported.

The source noted that Chevy, in particular, has been offering incredibly low interest rates on a number of its models. For example. the Impala includes a 60-month 2.9 percent APR, rivaling most sedans on the market. Even luxury vehicles are attracting new consumers with low rates. Lincoln is now offering zero percent financing for 60 months for the Navigator.

Outlook for long rates unclear
Although these low rates have led to a spike in auto transactions, the source warned that these premiums may not be sustainable. Although a viable short term solution to kick start the industry once again, zero percent financing is costing auto makers millions of dollars.

Experts with 24/7 Wall St. speculated that the increase in purchase activity could simply be a result of high incentive. However, once consumer activity returns to a normal level, lenders and manufactures may have to return to more trusted loan structures.

For auto financiers, understanding how the market will develop is important. The source cited data from Polk that found the current average age for a car in the U.S. is 11.4 years, a record high. With older vehicles on the roads, it's possible that consumers are investing in cars to replace worn-out models.

Potentially, there could be a decline in demand as more Americans opt to purchase longer-lasting models, leaving a smaller market for auto makers to operate in. Predicting just when the industry will return to a normal state is difficult. However, it's clear that auto lenders need to keep an eye on industry trends. It may be attractive to offer competitive rates, but at some point, a return to normal loan practices may be necessary.