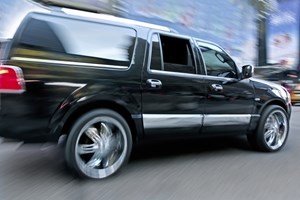 Auto lenders across the United States are ready to take advantage of the increased car sales that have been reported across the country, as consumer credit reports start to showcase improved scores. For many industries, economic recovery has been slow but steady in the last year. However, most automakers have seen sales spike at an incredible rate as consumer look to make major purchases they were unable to afford during the Great Recession.

Bloomberg recently reported that U.S. auto sales continued to rise in August, according to information from Autodata Corp. The source stated that August marked 41 consecutive months of improved sales, a great sign for the industry. Also, Bloomberg indicated that 1.5 million units were sold in America during August, a month-to-month jump of 17 percent. Not since May 2007 have such robust monthly numbers been reported.

Industry experts believe that the current market may actually be in a better state than it was during the record month of May 2007. The reason for the optimism is down to the fact that today's marketplace is based off consumer demand.

"In 2007, we were achieving that sales level by giving cars away because the auto companies had too many factories," John Casesa, senior managing director at Guggenheim Partners told Bloomberg. "Today, there's real demand for that product. It's a fundamentally different industry."

Lenders need to be ready

A self-sufficient auto industry will go a long way to helping short term lending companies and many other financial institutions experience continued growth. Many consumers rely on borrowing to fund major purchases such as vehicles, meaning a successful auto industry will only benefit lending outlets.

With such positive trends, auto lenders need to be ready to take advantage of the increased consumer activity. There are a number of funding options available to car buyers in the current market. Potentially, lenders who are able to offer innovative loan products could see a spike in borrowing from Americans. One of the best ways for loan providers to create such offerings is to discuss finances with consumers.

By consulting with clients and borrowers, financial firms can determine which trends represent affective spending habits. With that information, lenders can create more useful loan products. To accomplish this, industry leaders should encourage their employees to keep track of common concerns or barriers that loan applicants may convey.

It's likely that the auto sales will only increase in the near future. The Associated Press recently noted that a Federal Reserve report found that job growth has increased in recent months, with auto manufacturing hiring driving the development, a sign that vehicle producers believe consumer demand will remain high.