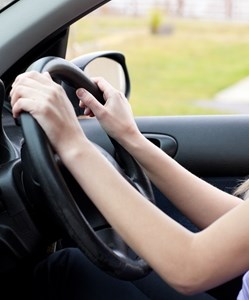 Auto lending rates have been increasing recently as more consumers are choosing to make major purchases as their finances start to rebound along with the economy. As consumer credit reports start to improve, American buyers are eager to make investments they had to put off during the economic downturn.

The Great Recession provided consumers and lenders with a sobering wakeup call regarding financial practices which could prove to be a positive byproduct of the troubles of years past.

One of the major concerns that economic experts have expressed about the recovering economy is a fear that lenders would continue making risky loans. Although The New York Times reported that sub-prime auto lending has been on the rise, it's still at a much lower rate than it was just before the recession. The source noted that 23 percent of auto loans extended during the second quarter of 2013 were to borrowers that had credit scores no better than 620. Typically, the overall percentage of car loans to subprime consumers is between 25 percent and 30 percent.

No lender wants to be the barrier between a consumer and major purchase, but in some cases it may be necessary. What the current data shows is that credit providers are becoming more cautious when extending loans. Even so, financial institutions appear to be comfortable enough to return to subprime lending practices that may indicate a strong economy.

Many lending outlets have been able to create unique services that allow them to extend loans to such borrowers. In particular, the use of alternative credit factors has helped a number of underbanked individuals obtain credit.

With this tempered model, it may be some time before lending rates get back to pre-recession levels. However, the strategies currently in place are more likely to ensure for continued, steady economic development in the coming years.

Showing that the new course of action is effective, Automotive News reported that data from Experian indicated that auto loan delinquencies and repossessions are declining, even as sub-prime lending is growing. It's an indicator of the industry's dedication to taking a smarter, more systematic approach to analyzing consumer finances to determine if a particular applicant is well placed financially to payoff a loan in a reasonable manner.

The recession had significant effects on the economy. However, the responsible approach lenders are adopting may go a long way in ensuring such an event does not happen again.