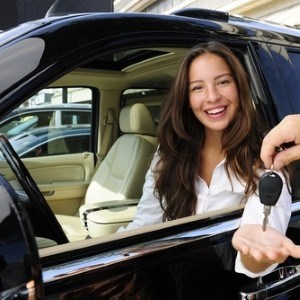 More consumers are choosing to lease their automobiles, The Detroit News reports. During the recession, the financing option lost popularity as available credit became scarce, but now the industry is making a comeback. Leasing is attractive for many consumers because it can involve a lower monthly payment and the added perk of a new car every few years, the newspaper reports. The option also benefits automakers and dealers because it draws consumers back to the showrooms and gives a boost to sales. John Sternal, vice president of online lease tracking firm Leasetrader.com, told the newspaper that leasing has "stormed back" and that some automakers are offering monthly payment deals for less than $199. "Just 14 to 16 months ago, that was unheard of," he said. However, the leasing boom could put automakers at risk of the market being flooded with used cars later, which would drive down resale values. Offering a plethora of low-priced lease deals several years ago came back to haunt U.S. automakers - the vehicles were less valuable when customers turned them in. The rise in leasing is reflective of the recovering economy and auto industry. Credit markets are freeing up, and banks have been more willing to grant loans. Used car values have also strengthened, which may give lenders more confidence that they'll get a good return when the car is resold, the newspaper reports. Because banks are more financially stable, they are more willing to grant loans, even to those who may not have the best consumer credit reports. U.S. auto sales across the industry rose 20 percent in February alone, The Associated Press reports. Leasing in the United States in 2010 accounted for nearly 19 percent of overall vehicle transactions, according to automotive data and marketing firm Polk. Part of the reason for the increase was because "consumers have increased confidence in the market and in turn are beginning to lease vehicles again," said Stephan Gallon, an adviser for PolkInsight. The growth in the leasing market was not uniformly distributed throughout the country, however. The Great Lakes region reported the highest leasing penetration before 2007, but was only slightly higher than the industry average last year. Mercedes Benz and BMW remained the top two luxury brands with the highest leasing penetration rates, according to Polk, and each reported rates higher than 50 percent in 2010.
Auto Industry Financing