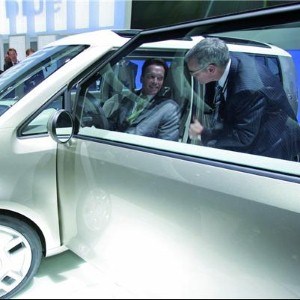 One of the biggest issues car dealers have faced in recent years is providing financing to consumers who may have a less-than-stellar credit. However, thanks to a slowly improving economic climate, many have been able to offer better deals than in years past. Often, consumers can look beyond the actual auto dealership to find the best offers on loans. According to a recent auto industry financing report from the Center for Responsible Lending, consumers are often forced to pay added costs from dealerships, thanks to markups that are not always disclosed. The report says that people who are shopping for cars can put themselves in a better position by contacting a local bank and getting their credit-worthiness verified. "Consider seeking pre-approval for financing from a bank or credit union before visiting the dealership," the report stated. "At the very least, it will provide a point of comparison if the dealer makes a loan offer." Sales in the auto industry fell considerably during the recession, dropping 20 percent from 2007 to 2009. As a result the markup volume was 24 percent higher, which was largely due to higher prices for used cars. The report also suggested that financing from auto dealers was not set in stone and that most aspects of the loans were negotiable. It said that if a person is unhappy with an interest rate being charged, he or she should try to make the terms more manageable. Business owners in the auto financing field may also benefit from running alternative consumer credit data on potential loan applicants. Unlike some other types of credit reports, the alternative ones can help those who have struggled paying debts in the past but are working toward improving their credit. Often these reports will give those in a position of determining credit worthiness additional aspects to look at when making a decision. Auto dealers have been making progress when it comes to sales of one company's vehicles. General Motors reported recently that sales of its U.S. cars and trucks rose 26 percent in the month of April, with 232,538 vehicles sold. GM said that more consumers had been buying its compact-sized cars based on rising gasoline prices.
Auto Industry Financing