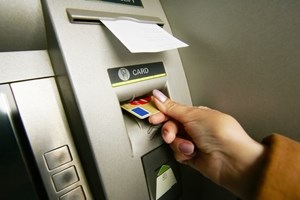 The use of prepaid cards has been booming in recent years, as many consumers view the products as viable alternatives to traditional credit cards and checking accounts. Now, that trend may pick up even more steam as ATMs that dispense prepaid cards are being manufactured by some tech vendors.

According to Consumer Reports, Arizona-based Better ATM Services has created an ATM model that offers prepaid cards. To date, the technology has only been implemented at a handful of financial institutions in Arizona and Washington D.C. However, the source reported that many banks are exploring the new ATMs and are looking for ways to modify their existing machines. Also, Visa recently approved the use of such systems across the nation.

In the coming months, more of these devices are expected to be deployed throughout the country. Consumer Reports noted that the technology could become commonplace across the United States as soon as 2014 or 2015.

Research from Mercator Advisory Group found that the prepaid landscape is changing. According to the source, older consumers are starting to use these cards more frequently. In 2012, 43 percent of Americans aged 65 or older used a prepaid card. In 2009, just 34 percent used the alternative payment tools.