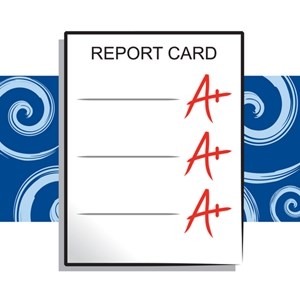 Debt collection efforts have been marked by regulators across a number of government organizations in recent years. In the last several months, various reports have surfaced outlining the efforts the Consumer Financial Protection Bureau is making to limit debt relief efforts. Now, the National Consumer Law Center (NCLC) is calling for debt collection regulations to be overhauled.

The organization recently released a report highlighting state laws that limit asset seizure by debt collectors. After analyzing the various laws, the group gave each state a letter grade for how effective it is at protecting the assets of residents.

Topping the list were Massachusetts and Iowa. The source indicated that the former has recently updated its laws, but current legislation is still only good enough to get the state a "B+" mark.

Several states were criticized for their consumer asset policies, with Alabama, Delaware, Kentucky and Michigan receiving "F" ratings. Showing how unsatisfied the NCLC is with current laws across the country is the fact an additional eight states were given "D-" grades, only slightly above the worst mark possible.

Middle of the pack not good enough

Even states that received average marks were scrutinized by officials. The Columbus Dispatch reported that Ohio was given a "C" grade, and was still heavily critiqued by the NCLC.

Linda Cook, an attorney with the Ohio Poverty Law Center told the source that she believes more could be done to protect in-debt borrowers.

"We could be more protective of our citizens," she told the source. "If we want people to be self-sufficient and reasonably support their families, we have to address this and protect families' basic needs."

With officials calling for reform in states that received average grades, a major shift in national debt collection policy could be on the horizon. More government groups are starting to monitor collection practices and changes may be coming in some states.

Although new legislation can take a significant amount of time to be drafted and passed, collection industry leaders should take proactive steps to address the issue of asset protection. By consulting with financial regulators and lawmakers, debt relief professionals can ensure that their interests are considered when any potential policy amendments are introduced.

Recognizing when change is imminent is important for any industry. For debt collectors, increased regulation and a focus on consumer protection among regulators in the wake of the Great Recession may indicate new policies are coming for the collection sector.