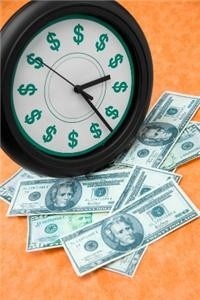 There are some situations that consumers simply cannot plan for: A major layoff at a company, an illness or injury that requires immediate medical attention, a car accident - the list of potential accidents are countless and very frustrating. However, with a reliable short term financing agency, those daunting payments can be handled with ease. According to the 2012 Assets and Opportunity Scorecard published by the Corporation for Enterprise Development (CFED), 43 percent of United States households have nearly zero savings and 27 percent lack substantial savings or assets that would cover basic expenses for three months. In times of financial crisis, Americans ideally would rely on their assets and savings. The economy is struggling to increase wages at a substantial rate and the unemployment rate only recently dipped below nine percent. As a result, people in this country are faced with huge amounts of stress when they are laid off or forced to make sudden large payments. "Growing numbers of families have almost no savings or other assets to see them through if they lose their jobs or face a medical crisis," Andrea Levere, president of CFED, said in a statement. "Without savings, few will be able to build a more economically secure future, including buying a home, saving for their children’s college educations or building a retirement nest egg." In addition to Americans not saving – or not being able to save – the United States is currently dealing with the highest poverty rate in more than 50 years at 15.1 percent. While the lack of substantial job growth may be a partial factor in that, so too are rising costs of insurance premiums, energy bills and overall cost of living. Levere went on to say that what is "particularly disturbing [is] the context of precipitous drops in incomes for many Americans and widening of the wealth gap between the richest and poorest households.” The last thing the United States wants is to create upper and lower-class vacuumes, in which the middle class is completely sucked away. To counter the burden of rising expenses, short term financing agencies can help families in the low-to-moderate annual income levels of $30,000 to $56,000.
Short Term Financing