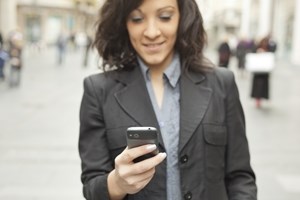 Smartphones have quickly gone from being the stuff of a sci-fi novel to an everyday essential. With the help of the devices, people have a wealth of information at their fingertips. They can get directions, find out where to eat and complete various errands at the tap of a button, all while staying available to friends, family and co-workers at a moment's notice. In many ways, the smartphone has influenced the way people in modern society live, and it is becoming increasingly apparent that it will continue to shape the way they spend as well.

Mobile may be the cash register of the future

According to the Boston Globe, a recent gathering of payments industry leaders held at Harvard University revealed that many professionals in the sector are optimistic that mobile payments adoption is poised to rise significantly. With many shoppers growing more accustomed to using their devices for a wide range of needs, including taking advantage of deals at stores and restaurants, it is likely to only be a matter of time before they warm up to the idea of digital wallets and increased NFC capabilities.

"Every device will become a commerce device," Gary Flood, president of global products and solutions for MasterCard, a sponsor of the Innovation Project 2013 summit, told the source. "Technology is opening up the potential to do things in a different way around the world."

A 2011 survey of 1,000 financial services executives by KPMG found that nearly all of them, 83 percent, believe mobile payments will go mainstream by 2015. At 46 percent, nearly half saw this happening by the end of 2013.

Flood did recognize that there may be challenges ahead, the Globe pointed out. Currently, the frequency of mobile wallet use differs greatly among generations, with younger users being much more receptive than their parents. This may be because younger people are already shirking cash use, using electronic payments tools even for very small purchases like a cup of coffee, he said. These same patterns aren't as common with older consumers.

But what about security?
Another significant barrier to mobile payments adoption is been security. While the idea of storing sensitive data on small, portable technology isn't exactly foreign - credit and debit cards fit this bill - many shoppers are not exactly confident about the idea of connecting their financial accounts to a mobile device. A recent report from the Federal Trade Commission (FTC) found that approximately 42 percent of consumers are anxious about the safety of their data when it comes to mobile payments, and this was the top reason cited by individuals who had not tried the transaction method.

The FTC further specified that shoppers worry about the potential that using mobile payment apps opens them up to having their identities stolen while they use their device. By intercepting information during a transaction, such as through the use of advanced malware, criminals may be able to abscond with everything from checking account numbers to Social Security data.

The agency suggested that payments industry professionals and businesses take note of consumer anxieties and use that knowledge to improve their offerings. Mobile purchase solutions could be marketed for their security over other types of transactions, or even other apps. However, the FTC reported that many companies have failed in this regard so far, both when it comes to advertising and taking the steps to actually improve security.

One thing is clear - consumers want to make mobile payments, but they want to protect their consumer credit reports.Taking part in the next big thing in transactions isn't worth it to many individuals if they cannot do so with confidence. Businesses will have to harness this idea if they want to get ahead.