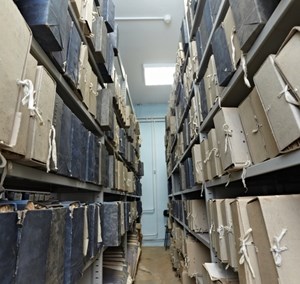 Employee background checks are a standard - albeit not universally required - hiring practice in many industries, such as care work, the government sector and positions with financial institutions. However, gaining access to this information is not always easy depending on where an organization operates.

According to a recent article from the Huffington Post, in Hawaii, it costs the public a lot of money to review records that they legally have every right to see. Under Hawaii's Uniform Information Practices Act, residents should be able to view any public records, such as those revealing how much the state's governor's trips around the world cost.

However, the news source reported that when Boston's MuckRock News requested Governor Neil Abercrombie's travel records, they were told by Amy Luke, executive assistant to the governor's chief of staff, that they would need to pay $522.50. This price covers the locating and copying of these materials.

"There are agencies that have developed a defensive mechanism to producing documents, starting with charging so much that the requester is either unable or unwilling to go forward with the request," Jeff Portnoy, a Honolulu-based attorney, told the news source. "That's wrong ... it is the public policy of the state that government should be conducted in the open."

These costs are based on state rules stipulating that agencies can charge $10 per hour spent looking for records, $20 to review them and $0.05 per copy.

Hawaii isn't the only state making the accessing of public records a cost-prohibitive deal for residents. KMGH-TV reported that citizens in Colorado also face high fees when they seek out information that should be free and available. For employers hoping to quickly check on applicants, this could prove to be a significant barrier.