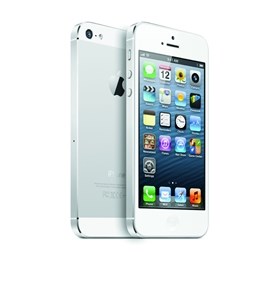 Mobile devices are becoming an increasingly popular electronic payment channel as they can lessen how much individuals have to carry in their wallets and reduce the amount of time businesses wait for consumers to find debit or credit cards.

However, not all technology makers offer users the ability to utilize the payment channel via their devices, most notable Apple. The company's line of iPhones have eschewed near-field communications (NFC), yet with this month's introduction of its latest smartphone model, many experts are wondering whether the company is preparing to enter the field - or just change it dramatically.

Could the recent release of the iPhone 5S be spurring rumors of mobile payments adoption?

Apple has remained out of the mobile payments game, refusing to install an NFC chip in its devices and allowing Android's Google Wallet to languish without support from consumers or retailers. Yet, NASDAQ is now suggesting that Apple may be preparing to quietly revolutionize electronic payments, location awareness and commerce all through one new application.

The tech giant's answer to NFC, iBeacons, is more pricey than NFC sticker tags, costing about $99 for three compared to the latter, which can be purchased for approximately $1 by retailers. Apple's version, though, happens to be a bit more complex, according to the news source.

"Whereas NFC relies on ... tags at very close proximity to trigger an action, iBeacons uses small wireless sensors equipped with Bluetooth low energy (BLE) that can detect an iPhone at a wide variety of ranges up to roughly 160 feet, allowing for different actions depending on the distance from each beacon," NASDQ reported. "Sensing both region and range, it's kind of like an indoor GPS system but with greater precision."

For retailers, this could result in customers being able to enter a store and purchase products without ever standing in line for a register or self-service kiosk, as the smartphones equipped with iBeacons can scan barcodes and allow consumers to make payments by simply touching the screen (thanks to biometrics).

The most recent iteration of the iPhone - the 5S - incorporates biometric technology to improve device security and convenience. Furthermore, this month's release may be spurring a resurgence in iPhone sales. According to Fortune, Morgan Stanley predicted Apple iPhone sales to be up 28 percent.