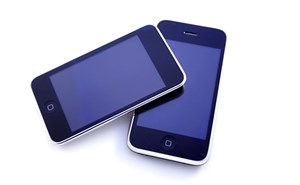 With the ever-growing popularity of smart phones, businesses are beginning to make the transition to the mobile payments space. According to Yahoo, sources have said Apple is looking into solutions that would turn the iPhone into a virtual wallet that allow people to use devices for online and in-store purchases.

One of the biggest signs that Apple was looking to enter the mobile payments space came when the latest iPhone was released with fingerprint scanning. This technology could be used to validate payments made with Apple's most popular device.

It should come as no surprise that Apple is getting into the mobile payments game, as this is a fast growing industry. According to a study by WorldPay, the dollar value of transactions completed via this payment method are expected to increase from $18 billion worldwide in 2012 to $117 billion by 2017.

Kevin Dallas, WorldPay's chief product and marketing officer, told Mobile Payments Today that the Asia-Pacific region is like to see the strongest gains, but Europe and North America would experience growth as well.

"For m-commerce and mobile wallets, we'll likely see Asia-Pacific come to the fore in the next few years," he said. "Asia-Pacific is predicted to see the fastest e-commerce growth, and mobile technologies will play a more important role as this market grows. North America and Western Europe, which have been slower to adopt mobile payments technologies, will also see growth."

With one in every five people in the world owning a smartphone, according to the Pew Research Center's Internet & American life Project, businesses would be wise to adopt a mobile payments system, or risk falling behind the competition.