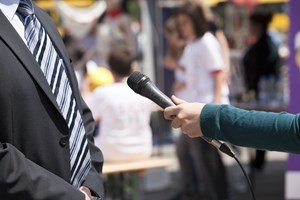 The stigma attached to the debt collection industry has become more intense in the past five years than ever before, especially because of external factors such as the economic recession. While plenty of complaints targeted at debt collectors are likely warranted considering the number of new or fraudulent operations that have surfaced in recent years, some treatments of these agencies have been unnecessarily abhorrent.

InsideARM recently reported that FOX News was the latest media outlet to unfairly and inaccurately attack the debt collection industry, and that many advocate groups have taken note of the misinformation that was included in two separate segments. The story in question aired on FOX and Friends, a morning show on the 24-hour network.

According to the news provider, this type of reporting was an accurate reflection of the sensationalism that has taken place in the media's handling of the debt collection industry. The reporters generally worked to convince the audience that the entire industry, as well as every industry in it, are abusive and abrasive when communicating with debtors.

The source noted that the two segments got a variety of small details wrong, and generally provided the audience with an overtly biased and inaccurate perspective on debt collection. InsideARM also pointed out that the pieces garnered attention from the Association of Credit and Collection Professionals, which sent FOX News a letter outlining the poor judgment, shoddy research and inflammatory writing that went into the show's report.

The debt collection industry stands to be highly profitable in the coming years, as the economy continues to stabilize in the wake of the recession. Agencies should always follow the Fair Debt Collection Practices Act closely, and also incorporate exceptional customer service protocols to optimize client relationship management.