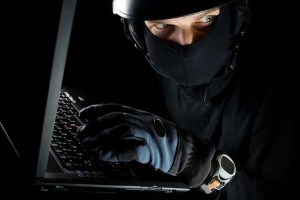 Identity theft has rapidly become one of the biggest issues plaguing consumers and businesses today, as criminals continue to expand their abilities to thwart security practices and steal personal information. In many instances, a successful identity thief ring can affect tens or even hundreds of individuals prior to being caught. Businesses need to ensure they are doing everything in their power to protect employees and clientele from these criminals. Proper ID verification practices and safeguards often minimize the risks of identity theft, while no personal or banking information should remain in an environment where dubious forces can reach. Two individuals caught for major theft spree
The Mail Tribune reports that two residents of Medford, Oregon, were recently indicted for identity theft charges by a Jackson County Grand Jury. According to the source, the duo, Jeffrey Blackwood and Shayna Campos, went on a home robbery spree in which they stole Social Security cards, as well as debit and credit cards. Following the physical burglaries, the two began using the identities of their victims to make money off of the banking information. The news provider explained that each will now face two counts of identity theft, along with four counts of first-degree theft and two counts of aggravated identity theft. The two could have possibly gone much further with the information of a reported 27 separate stolen identities, had a Medford Police Department official not pulled Blackwood over and discovered the stolen items, according to the Mail Tribune.   "He had everything you could imagine: debit cards, credit cards, Social Security cards, mail," Brent Mak of the police force told the source. "We found evidence that there were 27 separate victims in this case." Where business responsibility lies
While the common business owner would not be responsible for preventing robberies such as this, all merchants are responsible for properly verifying identifications when patrons make purchases. A failure to do so could result in fines, lost face and more, as taking the steps to prevent identity thieves from cashing in on a business is not difficult. The Federal Trade Commission estimates that 9 million U.S. adults have their identities stolen each year, and stresses the importance of regularly checking bank statements and other personal information for signs of fraud. Through ID verification, business owners too can prevent identity theft cases from getting out of control, both for their clientele and companies.
ID Verification