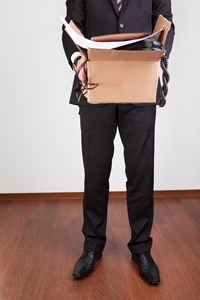 When people move overseas, they tend to have a lot of concerns on their minds - where they're going to learn, how homesick they'll be, if they'll fit in with the locals and a bevy of other factors that can cause a lot of stress. When Americans head to other nations that already speak English, some of these worries can be downgraded a little bit.

However, even when an American heads to the United Kingdom, they might still be shocked to learn that it's probably not going to be as easy as they may have thought, at least from a financial standpoint. British lenders might run into this - usually, immigrants are going to be surprised to note that they've received a clean slate even though they had spent their adult lives establishing credit inside the United States. Things are a little different across the pond.

While both nations rank creditworthiness along many of the same verticals, CNBC reported that even when moving from one of these countries to the other, they will see their credit score fall to nothing. So, where does this leave consumers? And does this mean that there is an entire population that lenders won't be able to lend to, despite the fact that they may have amazing credit scores in their mother country?

For many people, a move overseas can be beneficial in terms of credit scoring. That said, CNBC explained that despite the move and the fact that technically, credit scores begin anew, lenders will definitely look at an individual's financial records to initially decide on riskiness, no matter the nation in which those figures originated.

"When I moved from the U.S. to the U.K., I learned that my U.S. credit score had absolutely no bearing on my ability to secure credit the the U.K.," Devon Inspiration marketing agency founder Devon Dudgeon told the news outlet. "I was able to get a credit card but, at least initially, the limit was very low."

Dudgeon, however, admitted to CNBC that the opposite is true as well. If individuals amass credit in the U.K., they shouldn't expect that to carry with them if they move back to the U.S.

In Europe as a whole, the news source said that most countries share information. For example, if an individual accrues a lot of debt in the U.K. then decides to move to France, he or she will likely still have the same score, won't be able to qualify for many new lines of credit and won't be released of the payments owed.

Can also be a bad thing
While many consumers might think that this is beneficial, lenders may let them know otherwise. Though lenders can deem risk by consumers' overseas history, they still have virtually no credit score in the nation, meaning that many large corporations might find their hands tied. They tend to have very stringent lending regulations and won't be able to extend loans to some immigrants.

This is where alternative lenders might be able to step in. One of the first things people do when they move is set up living arrangements - and as long as that happens, financiers that rank creditworthiness using Payment Reporting Builds Credit (PRBC) scores could be able to help. Companies that use PRBC scores assign individuals a figure based on their history of making timely payments on utilities accounts, among other important data. Not only can this provide a more comprehensive view of an individual's financial standing, but it can also help out those who don't have a traditional credit score, whether that's someone fresh out of college or a new compatriot.