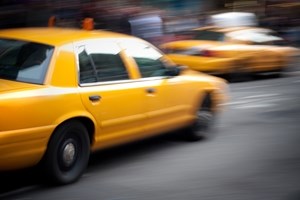 American Express recently announced a simple alternative to mobile payments for its cardholders. Those dwelling in New York City can now use their American Express points to pay for taxi fare, which saves money for customers enrolled in Membership Rewards plans. This new payment method sees the credit card giant teaming up with VeriFone Systems, Inc., and perhaps serves as a response to the rising tide of mobile payment options.

Though most mobile payment companies are still struggling to convince consumers to invest in their products, American Express believes their point payment plan will greatly benefit existing customers, not to mention entice potential ones. Here, as Bloomberg Businessweek points out, there are no gadgets to buy and no need to give personal information to yet another third-party source. A certain level of trust already exists between American Express and its clientele, which will work to the company's advantage when it promotes its new strategy. Furthermore, retailers trust in the brand and will be less skeptical to cooperate with those trying to use points to pay for goods.

Right now, point payment is limited to New York City taxis, but if initial results prove encouraging, American Express could expand the program to other industries and cities that utilize VeriFone technology, believes Bloomberg Businessweek. Mashable is unimpressed with American Express's new plan, though, and claims the credit card company jump-started this alternative payment method to discourage wealthy customers from not spending points and facilitate the use of such points for daily transactions. The site does acknowledge the ingenuity of the attempt to introduce alternatives to cash at point-of-sale (POS) devices.

Will American Express usher in a new form of alternative payment that will render mobile payment companies obsolete before they even get started? It's difficult to say. This proposal so far only applies to a select percentage of the American population (those with American Express Membership Rewards), but if it proves popular, it could lead to an increased demand for point plans with other major credit cards. For many, getting rid of the plastic in their wallets is a tougher decision than whether to pay with cash or with points.