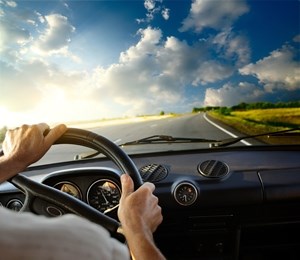 Over the last several years, the American auto industry has been rebounding in the wake of the Great Recession. With consumers becoming more financially responsible , the sector is seeing an increase in sales and leasing as Americans prime themselves to make major purchases.

According to Bloomberg, a number of factors have led to the increase in auto leasing activity including high prices for used vehicles and low interest rates. The source indicated that the robust lease market may provide for the most lucrative year for leasing since 2007.

Bloomberg stated that GM saw a spike in the percentage of sales that were made through leasing during the second quarter. With 20 percent of purchases made via lease, the major automaker's leased sales jumped by 4.6 percent year-over-year.

Generally used to obtain high-end, luxury vehicles, leases are becoming a more popular option for low to mid level car purchases. Many auto companies are turning to the transaction strategy as a way to diversify products as enterprises compete for new customers.

"All you have to do is turn on the TV and you see lease ad after lease ad," Michelle Krebs of Edmunds.com told the source. "There's such an intense battle in that mid-size segment."

Although an increase in leasing activity may appear to be a negative development for traditional auto lenders, the loan market is robust and dealers appear to be extremely satisfied with the services lenders are providing.

The recently released J.D. Power 2013 U.S. Dealer Financing Satisfaction Study showed that dealers' overall prime credit satisfaction was at 890 on a 1,000 point scale. That marked a 5 point jump from 2012. Consumers are also content with retail leasing, as that index went up 5 points as well to reach 896.

As lenders battle it out to win over dealerships in the active auto market, many are providing new and innovative products to make their loan offerings more appealing and easier to extend to consumers.

"In addition to more improved services, competition and new entrants into the market provide dealers with more choices and product innovations," said Michael Buckingham, a finance expert with J.D Power. "This combination also creates a highly competitive marketplace for dealers to select their finance provider and increase vehicle sales."

Improving fortunes for automakers across the country will only strengthen the outlook for America's auto lenders. With new products and services being created, it appears that both industries are set to benefit from the symbiotic relationship.