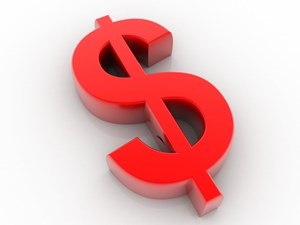 Lending in the United Kingdom has stagnated, and recent government initiatives to spur growth have proven largely unsuccessful, according to a recent BBC report.

A study by the Public Accounts Committee revealed that the Treasury's attempts at boosting short term lending has "achieved just 15 percent of its intended take up," Margaret Hodge, Labour MP, told the news source. Currently, the government has shelled out more than £375 billion.

In a recent interview with Fox Business, Business Secretary Vince Cable echoed this sentiment, noting that smaller firms in particular have been hit hard by the scarcity of loans.

"Lending to SMEs [small and medium-sized enterprises] is difficult - it requires people with skill, understanding and patience," Cable told the news source. "And it's regrettable that lenders in branches who don't receive the astronomical bonuses, have been tainted by the excesses of their distant cousins in the skyscrapers."

Because small and medium-sized businesses generally have poorer credit scores, they are struggling to secure funds from banks. Michael Fallon, a colleague of Cable's, told Fox Business that banks need more transparency in their lending policies, particularly with regard to the data they use to determine approval.

"Businesses need new ways to see the data that's most important and most effective for their bottom line," said Sean Albert, senior vice president at MicroBilt.

With a large gap existing between the amount of companies that need loans and financial institutions that will lend to them, some alternative short term lenders have already implemented new measures.

?American risk management solutions firm MicroBilt is launching an initiative in the U.K. that aims to bring funding to similar companies overseas. Through instant bank verification methods, MicroBilt will be able to help alternative lenders quickly approve loans for small businesses that otherwise would not have been able to secure funds.