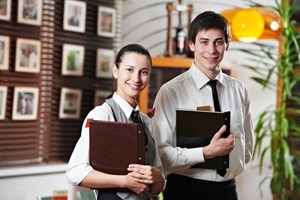 Short term lending has been on a steady upswing in recent months, as bank and credit unions continue to ease restrictions. At the same time, there is another form of borrowing - alternative lending - that is trending toward becoming universally accepted.

Paul Brett, head of business development at borro, a personal asset lending firm, suggested that 2013 could be the year alternative methods become mainstream in a recent statement.

"Lending could be stimulated through a variety of channels, including startup and mentoring schemes," Brett said, "Accredited non-executive director schemes, where companies could look to find an experienced non-executive could also prove useful."

Brett said that non-bank lending could become a common source of financing for small and medium-sized businesses. A recent Biz2Credit report supports that notion, finding that alternative lenders approve the most small business loan requests by a wide margin.

According to the study, alternative lending firms pushed through nearly two-thirds of small business loans in 2012, including 63.8 percent in December. By comparison, small banks never accepted more than 50.1 percent of requests, while big banks didn't approve higher than 14.9 percent. Credit union approval rates, which were generally the second highest, bottomed out at 47.6 percent in December 2012.