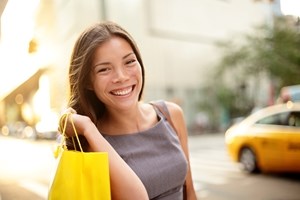 Since the recession, the British economy has faced an extremely slow recovery period, particularly when it comes to consumer spending. If the past few months are any indication, it appears things may have finally taken a turn for the better.

"2013 has got off to an encouraging start for the market as a whole," said British Retail Consortium (BRC) Director General Helen Dickinson, according to Scotsman.com. "Retailers are now hoping for a boost in consumer confidence and the general mood to lift performance across all, not just some sectors, as we head into the second quarter."

A recent BRC study revealed that March's sales numbers increased 1.9 percent year-over-year, the news source reported. In many ways, that rise is a mystery, what with job growth and wages remaining stagnant and bank lending to consumers dropping.

Gulay Ozkan, founder of GEDS Business, has an idea of what could have prompted those increases. In a recent blog post for Wamda, she pointed to alternative short term lending methods like peer-to-peer strategies.

Oftentimes alternative lending firms use Payment Reporting Builds Credit measures to determine who to provide funding to. These scoring measures focus on factors like a person's ability to pay utility bills, as opposed to simply calculating someone's credit score. With so many people at or near the subprime credit level in the United Kingdom, this has opened up funding to a substantial amount of people.

Alternative lending is growing especially popular among small and medium-sized enterprises, Ozkan said, primarily because they can be obtained quickly without having to get bogged down in mountains of paper work. For the same reasons, these methods are gaining traction with U.K. residents.

Another benefit of alternative lending is that such financing doesn't typically include the high rates of credit cards.