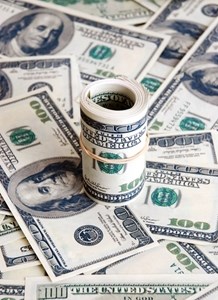 The Bank of England seems to have in its mind that the best and only way to boost small and medium-sized enterprise (SME) lending is through financial institutions. What the organization appears to be missing, however, is how beneficial it would be if both banking and alternative short term lending were readily available to SMEs.

The United States' private sector has figured this out already, although it wasn't an entirely smooth process.

"If someone has any kind of a credit issue, or if they need to borrow for 3 to 15 months as opposed to 5 to 10 years, the banks can't help them," Merchant Cash & Capital President and CEO Stephen Sheinbaum recently told Forbes. "Small companies, with less than $5 million to 10 million in annual sales, are particularly vulnerable right now."

So instead, U.S.-based SMEs started relying more on alternative short term lenders, including those that use Payment Reporting Builds Credit scoring methods to determine whether or not to lend to a firm. This has opened up funding significantly to the smaller companies that Sheinbaum was talking about.

Mike Cherry, policy chairman of the Federation of Small Businesses, suggested that the Bank of England "think bigger" in terms of trying to spur SME sector lending in the United Kingdom. In particular, he encouraged the growth of alternative lending options.

"The FSB has long called for more competition in the sector to promote choice and innovation so we welcome the diversity that this institution will create," said Cherry, according to The Guardian. "We would urge alternative finance providers to make an application for the funding."

Hayley Conboy, a member of the Confederation of British Industry, expressed a similar sentiment when interviewed by The Guardian, noting that alternative lending in conjunction with banking options will benefit everyone involved.