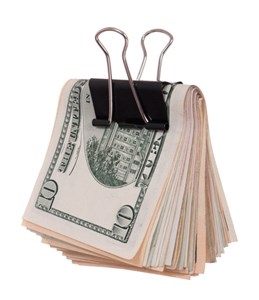 The financial crisis led to severe tightening of accessible credit for businesses of all sizes in the United States and abroad, as the biggest lenders were forced to decrease corporate loan disbursement volumes. However, this led to one of the most dramatic increases in alternative financial services popularity in history.

The alternative lending market has been a crucial component of the continued economic recovery following the Great Recession, as players in this industry have picked up the slack and disbursed the loans business owners need to either start new companies or expand operations. Many believe that the current discussions in Washington, as well as the recent automatic budget cuts that took place on March 1, will lead to even more activity in the alternative lending sector.

Most business owners cite accessibility of credit as the most crucial component of continued fiscal health, and many have had poor experiences when applying for loans with traditional financial institutions. However, alternative lenders continue to be the most consistent in approving loans for small business owners, which are the biggest job creators in the United States.

The latest Biz2Credit Small Business Lending Index revealed that while small and big banks are beginning to increase loan disbursement volumes, approval ratings are still relatively low. The firm found that large banks approved roughly 16 percent of all loan applications from businesses in February, which is significantly higher than the 10.2 percent rating recorded in May 2012, but still low.

Smaller banks approved 50.3 percent of loan applications from small businesses, which is much higher than their larger counterparts, but still nothing compared to alternative lenders. Alternative financial services firms approved 63.7 percent of all business loan applications in February, which marks more than one year of consecutive months above the 60 percent threshold.

Advantages of alternative lending
Small business owners can gain a variety of advantages from applying with alternative lenders, especially when approached in a targeted fashion. Alternative financial services often provide quicker turnarounds on applications and, as evidenced by the Biz2Credit Small Business Lending Index, higher chances of approval than big and small banks.

As for the road ahead, CFO Magazine recently reported that the automatic budget cuts that went into effect a couple of weeks ago is expected to further drive alternative lending performances. Experts believe that this will lead to higher application volumes from small business owners and may expand the potential pool of accessible funds from alternative lenders.