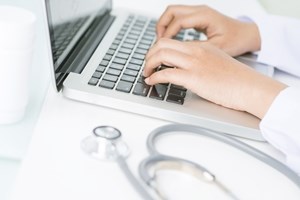 Alternative financial services have become more prevalent in the years following the Great Recession, especially as lending from traditional sources like major financial institutions tightened substantially in a short period of time. The alternative lending industry has been cited by many experts as a crucial component of the economic recovery throughout the past four years.

Small business owners, as well as corporate executives of major enterprises, often note that access to credit is the single most important component of running a successful company. Alternative lenders have improved the ability to access loans, thus driving the number of startups and bigger corporate expansions up despite the tightened credit opportunities among traditional lenders.

CNBC recently reported that alternative lenders have become more proficient in disbursing loans to meet small business demands through the use of advanced data analysis tools. According to the news provider, while bigger banks and long-standing financial institutions have access to experienced market analysts, alternative lenders have had to adapt quickly and increase disbursement volumes in an informed and safe fashion.

The source explained that many alternative financial service providers have started to use Better Business Bureau ratings, Yelp reviews and a variety of other data to establish whether a small business owner is credible, and if a loan should be disbursed. Bank statements and other traditional information is still used by most alternative lenders, though these new channels have been especially helpful in ensuring strong decision-making.

Alternative lenders often take a greater risk than their traditional counterparts when it comes to loan disbursements, especially as many offer cash advances. The source explained that this has increased the need for more comprehensive approaches to analysis, and alternative sources of data have filled this necessity.

Finally, CNBC noted that the use of advanced and broad data analysis tools have improved turnaround times on loan applications, and make for less paperwork from small business owners. Still, the source suggested that small business owners evaluate all of their options before making a decision on a loan to ensure the most preferable results.

Comparatively, big bank loan approvals peaked in February 2013 at 15.9 percent, as did those of smaller banks, which hit 50.3 percent. Credit unions have decreased loan approval ratings to roughly 46 percent in February. However, the alternative financial services industry remains steadily in the lead regarding small business loan approval rates.

Biz2Credit's researchers noted that the use of advanced technology has substantially improved approval rates for a variety of lenders. Small business owners in need of commercial loans should consider looking into alternative sources of funding to improve their chances of approval.