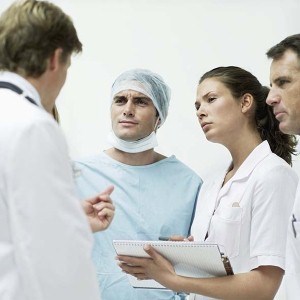 With the advent of numerous new, expensive technologies in the medical field, costs for procedures are quickly rising. Fairly common medical practices, such as taking x-rays and administering IVs, frequently require the patient to map out a payment plan with a debt collection agency, prompting others to look to alternative means of financing. Family help Recently, a Texas child decided to provide a unique way of funding his father's medical expenses. Imperfect Parent reported that Drew Cox, a 6 year-old from Gladwater, began a lemonade stand to help his father pay for the overwhelming costs of treatment for a rare type of cancer. According to the source, thanks to donations and large tips, Cox was able to earn over $10,000 in one day to help his dad. Despite having a medical insurance plan, the family must put down thousands of dollars out of pocket per treatment. Millions are affected every year In 2011, the Commonwealth Fund released a report indicating 73 million Americans have an issue settling the balances of hospital or doctor's bills, representing an increase of around 15 million since 2005. Forty-four million people found themselves in medical debt in 2010. The report also noted that approximately 29 million citizens drained their savings in an effort to pay for medical expenses. "Millions of working families reported making difficult trade-offs between paying off their medical debt, buying other life necessities and saving for the future," Commonwealth Fund vice president Sara Collins said. According to BCS Alliance estimates, nearly half of all bankruptcy filings occur because of medical bills that cannot be paid off and overwhelm an individual, usually those over 65. Taking money out of savings accounts Taking money out of 401(k) or IRA retirement plans is becoming a common way for Americans to pay for health-related bills, which presents a risk of affecting retirement. Should someone take money from the savings account they will rely on after they stop working, this could result in having to remain in the workforce longer or running out of money at an earlier age. Approaching alternative lenders Healthwindows.org reported that there are many other options available to former patients than draining savings accounts or being forced into debt. Even though banks may turn certain people down based on credit, short-term installment or online lenders are often more lenient on loan qualifications.
Short Term Financing