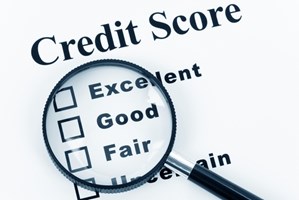 Credit reporting in the United States has been a point of contention in recent years, especially after some of the biggest providers of scoring services were shown to have inconsistencies that cost many individuals and businesses dearly. As a result, alternative credit scoring has become more popular in a variety of industries, including debt collections and short term lending.

To ensure that all factors are evaluated properly, businesses should consider using alternative credit data for consumers and other companies. This is especially important when carrying out credit risk management processes in today's turbulent economic conditions, as the major credit scores will not always be the most accurate.

CNN Money recently reported that the three major credit bureaus in the United States - Equifax, TransUnion and Experian - have varied scoring protocols. While the Experian score will go from 360 to 840 points, the Equifax score will range from 280 to 850. The TransUnion score is also varied, and each of the three come with unique scoring procedures.

The source interviewed John Ulzheimer, a former manager at FICO, who explained some of the inconsistencies and complexities of credit scoring among the most common agencies. He explained that the range of scores from the top eight firms ranges between 150 and 990, and when coupled with the varied scores of the different firms can make for serious issues when trying to obtain loans.

"We've been raised with an A through F, 0 to 100 system for everything, and now we have all these weird ranges that don't make a lot of sense, so it can be confusing," Ulzheimer told CNN Money. "I have people calling me, saying 'I have a fantastic score of 800, and then I find out it's a VantageScore and all of a sudden it's not so good.'"

The expert then explained that consumers and companies need to measure their scores against national percentiles and averages.

Benefits of alternative scoring
Alternative credit scores are often more targeted than the aforementioned options, and give a clearer, more individualized idea of where a consumer or business stands in their credit history. These options are often superior to the national norms because of this customization and will likely begin to gain more notoriety as businesses and creditors realize the utility of alternative data.

Businesses or investors that are unclear on the intricacies of credit scoring should consider using a firm that specializes in the tasks.