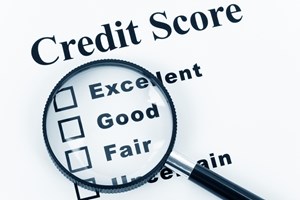 Economic struggles over the past decade have impacted the credit scores of many Americans. This harm to a traditional credit score can be part of a vicious cycle, according to Consumerist. A low credit score can make getting a good loan arduous, which in turn can make it difficult to pay that loan back. On a larger scale, a low score can hinder the economic recovery of the country.

The National Consumer Law Center has released a report titled "Solving the Credit Conundrum," which details many of the faults of standard consumer credit scores, and makes recommendations for how to solve them. It notes that conventional scores give the same penalty to those who experience some bad luck, such as job loss or an illness that causes them to miss payments, and those who simply choose not to pay.

Traditional financing may be on the downturn

Many financial institutions are beginning to look at more than just traditional credit scores, recognizing that they may not be indicative of which customers are truly credit risks. Fox Business stated that lenders want to make more informed decisions, and many are turning to non-traditional sources to get a better idea of who to lend to.

This sort of practice also allows for more economic recovery. Those who might have been denied a loan due to poor credit can obtain one with a good alternative credit score. This can admit them not only better financing options, but more advantageous jobs and housing.

Informed decisions
Short term lenders are looking to know more about consumers in order to better decide who to approve. According to U.S. News, not only does it allow businesses to recognize which customers just experienced a temporary setback in the recession, but also enables the companies to better evaluate customers who have little information available in a conventional file.

U.S. News cited that traditional credit bureaus lack information on approximately 25 million consumers. According to Business Insider, another 30 million to 50 million have very little information contained in a standard file. In the past, these customers may have found it hard to get a credit card. The decision to turn away from solely using standard consumer credit reports permits for more educated decisions about who firms should lend to.

Data is key
Many consumers may be uninformed about what exactly is included in an alternative credit report. Business Insider explains that the information may consist of a few things, such as the longevity of various accounts at a customer's bank, whether they've repaid any short term loans on time and payment history of various subscriptions and utilities.

Title 12 §202.6 of the Equal Credit Opportunity Act enables customers to request that lenders consider alternative data in addition to traditional credit scores. If this is requested, businesses must comply. This can permit those who know that their alternative credit report shows their credit worthiness to have a better chance of obtaining loans and other lending options.

Fixing a flawed system
Utilizing alternative credit scores may be a step toward fixing the flaws in the standard consumer credit reporting method. The NCLC has outlined this in some of its recommendations regarding the current approach. It suggests differentiating between those who experience exceptional life events that had significant financial impact and those who consistently do not pay. It also proposes that lenders consider both traditional and alternative information.

The current trend toward utilizing alternative credit may bode well for those who found remarkable situations had a severe impact on their credit. It also shows that businesses may be becoming more aware of the flaws within the traditional lending system and see a solution in alternative credit scores.