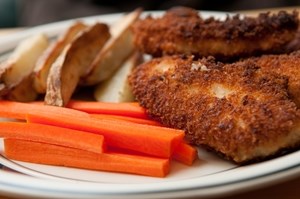 Prepaid debit and credit cards are rapidly popularity, albeit for a variety of reason. According to a Fox Business report, alternative credit methods are being used for anything from worker compensation to purchasing groceries.

As a result, prepaid cards should be out in full force in the coming months, particularly during Super Bowl weekend. Credit reports have shown positive gains in the food and beverage industry in recent months, and that should continue into February with Super Bowl XLVII around the corner - particularly when it comes to chicken wings.

"Orders at carry-outs and restaurants for chicken wings on Super Bowl Sunday will increase more on that day than any other winter Sunday - a 156 percent increase," said Harry Balzer, vice president of the NPD Group.

Americans are expected to consume more than 1.2 billion chicken wings during Super Bowl weekend alone, although the dish isn't just popular during the big game. According to a study by Nielsen Perishables Group FreshFacts, chicken wing sales produced $1.6 billion in revenue for grocery stores and supermarkets in 2012, a 5.4 percent jump compared to 2011.

In addition to prepaid cards being used for groceries more often, the food and beverage retail industry experienced plenty of success in 2012. A separate study by The NPD Group revealed a 4,442 year-over-year net gain - a 0.7 percent increase - in the total number of restaurants in the fall of 2012.

"The changes in spending, consumer visits and unit growth while slight are, at least, on the positive side," said Greg Starzynski, director of product management for NPD Foodservice.