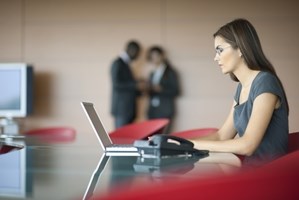 Acquiring access to credit remains a persistent challenge among financially responsible small business owners. According to a report from BI Intelligence, lenders walked away from approximately $96.5 billion worth of loans in the fourth quarter of 2015.

Banks are often wary of lending to small businesses because such firms typically have sparse financial histories. Finding enough traditional credit information to validate these borrowers' creditworthiness becomes a moot effort - simply put, not enough data exists. However, part of the issue is that business lenders are looking in the wrong places.

Analyzing the risks to lenders
An initial assessment of the data suggests that lenders would have an inherent bias against small business, but this isn't necessarily the case. According to a survey from the National Federation of Independent Buyers, small business owners who had previously obtained lines of credit had the least difficult time renewing those lines. This indicates banks are more likely to lend to businesses they know demonstrate responsible financial behavior.

There's also the fixed cost setting up a loan. Small Business Trends contributor Scott Shane noted that, if the cost of underwriting a loan is consistent, regardless of the amount borrowed, commercial lenders have an incentive to focus on high-value loans. Given that most large businesses take out loans in the millions of dollars, the return on those loans (risks aside) will be larger in the long run.

In general, the amount of information lenders reference when assessing small businesses' creditworthiness is quite modest. According to the Federal Reserve System's 2015 Small Business Credit Survey, 63 percent of small companies hold debt, but they've usually only borrowed small amounts. In addition, many small business owners have secured their debt with personal assets. Such relationships may not show up in commercial credit checks.

Using alternative credit data to evaluate small businesses
Yet small businesses still have bills to pay. They have open accounts with utilities, telecommunications companies, landlords and other parties which they include as a part of their monthly overhead. The problem is, such data isn't available through conventional credit tracking products. It is accessible through alternative credit data solutions, which provide lenders with a comprehensive picture of how small businesses handle financial obligations.

Some alternative data solutions focus on specific aspects of running a business. For example, one indication of a small organization's legitimacy is its ownership of state and federal licenses. MicroBilt's professional license verification product, for example, details a small business owner's:

Equipment financing is another area in which lenders require information. PayNet, a company search and payment history report, delivers detailed data regarding an organization's payback details on certain equipment. This solution can be particularly useful when lending to contractors or other businesses with heavy assets.

The conventional means of assessing small businesses are growing more outdated, especially in a time when owners are eager to obtain capital and gain a leg up on their competitors.