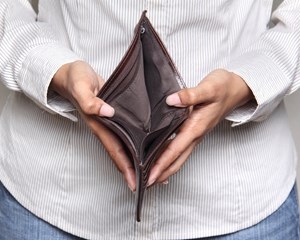 The British economy has been stagnant ever since the recession hit, and it really isn't showing many signs of recovery.

"Overall, the data fuels concern that the labor market's recent strength is fraying as the economy continues to struggle for even modest sustained growth. Meanwhile, earnings growth remained very weak in February," said Howard Archer, chief UK economist at IHS Global Insight, according to The Guardian. "While weak earnings growth is clearly helping to keep unemployment down, the flip-side of this is that it continues to limit consumers' purchasing power."

Unemployment continued to rise in the United Kingdom through at least February, according to the news source. Not only has stunted job and salary growth put a damper on consumer spending, but it's forced British residents to completely change their living habits. In fact, a recent Hotwire study revealed that more than 29 million Brits have had to seek sales and discounts far more frequently than they did five years ago.

Unfortunately, the effect on consumer spending has taken a toll on more than just luxury items. British residents are reportedly missing bill payments at an alarmingly common clip. This has the potential to affect them in the short term - on things like their diets and heat during the winter - along with any long-term impact on consumer credit reports.

In the past, most people would look to banks for loans or credit cards to get by, but many of these institutions haven't been as open to lending as they were before the recession. This is where alternative credit can fill the gap.

Many alternative lenders are using different scoring methods, like Payment Reporting Builds Credit, to deem whether or not a person is a good candidate for a loan. Because these measures look at other financial factors such as utilities payments, a larger percentage of residents have been able to secure funding.