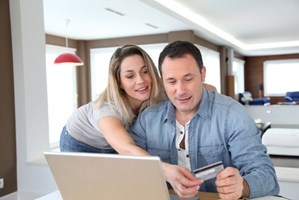 The rapid growth of consumer debt in the United Kingdom is well-documented. A recent Credit Action study, for instance, found that the average U.K. household debt totaled £53,948 in January, increasing from its December mark, according to an article from Clear Debt.

At the same time, salaries have remained stagnant, forcing people to take on more loans and apply for more credit cards. Overall borrowing also grew from December to January, spurred by rising volumes of loans, credit cards and overdrafts.

While the Credit Action report identified the problem on a macro level, a separate study by MoneySupermarket revealed how drastically the growth in debt is affecting consumers and their families.

"Household finances are taking a battering from all sides at the moment," said Clare Francis, editor-in-chief at MoneySupermarket. "Average incomes have fallen in real terms over the past four years, the cost of heating our homes continues to rise and food prices and motoring costs are also taking their toll on family budgets."

More than three-quarters of respondents said they've had to cut back spending of some sort. Even more concerning, 55 percent of families have been forced to turn off their heat, and 11 percent need to skip meals.

To compound issues like a struggling economy and lower wages, U.K. residents are finding it harder to secure funding - both loans and credit cards - from financial institutions. Because of the recession, banks are being more selective with regard to whom they lend to, which means anyone at or near the subprime credit level is probably out of luck.

It'd be one thing if the residual effect was that consumers had to put off buying new cars, but as the MoneySupermarket survey indicated, the issues are more urgent than that - notably paying for heat or food.

This is where alternative credit payment measures, such as ACH cards, offer a quality solution.

Prepaid debit and credit cards are slowly catching on among British consumers, whereas in the United States, their use is far more widespread.

According to the news source, prepaid cards are helping to serve a large portion of the U.S.'s underbanked households, which account for more than 20 percent of the population. Without strict requirements, these cards are essentially available to anyone and can be used for multiple functions, such as paying for oil or food.