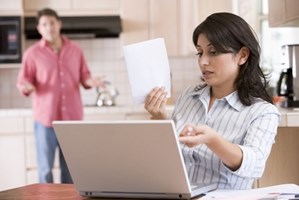 Painting with broad strokes risks leaving out the key details of any subject - including debt collection. The Association of Credit and Collection Professionals (ACA) International recently suggested that the National Consumer Law Center (NCLC) may have done just that in its recent report criticizing the practices of debt collectors nationwide.

The NCLC report "No Fresh Start" zeroed in on all 50 states' exemption laws, statutes that place limits on what debt collection agencies can seize in order to prevent causing financial hardship to debtors and their families. The study set baseline requirements as to what those laws should be expected to protect for debtors: a living wage, a family home, household goods, a used car of average value and a minimum bank account balance of $1,200 for basic expenses.

While the NCLC declared that no state met all these requirements, it awarded states letter grades based on how closely they adhered to its expectations. The organization also provided additional recommendations for updating exemption laws, suggesting that they should preserve a debtor's ability to work and prevent creditors from seizing retirement funds, among other proposals.

However, some have made the suggestion that the presentation of the NCLC report makes it somewhat misleading in terms of scope. The ACA was recently chief among these voices.

"We take umbrage with the misleading title of this report as it lumps together a broad brush indictment of the entire consumer debt collection industry when, in reality, the report is far more narrowly focused on current state law that applies in extreme circumstances," the organization said.

The crux of the ACA's argument was that the report appeared to offer an overview of general debt collection practices for the average consumer but in fact served as a source of support data for attorneys with a specialized interest in reworking state exemption laws.

The professional association suggested that a more nuanced view of the debt collection industry was necessary, and that the problems in the sector may lie elsewhere. The ACA affirmed its commitment to serving and working with consumers rather than against them, highlighting the value of communication. It pointed out that United States collection agencies resolved 86 percent of complaints brought against them in 2012, compared with the 77 percent national average in all sectors. Furthermore, the organization expressed support of updating antiquated exemption laws while at the same time bringing attention to the need for greater financial literacy among consumers.

A changing industry
Perhaps some points of debate or misconception arise from the fact that debt collection, like most industries, is a moving target in the technological age.

Young companies are rapidly molding the sector into a different shape. According to Forbes, technology startup HealPay now offers a selection of apps that are based on a cloud computing platform and designed to allow for simpler electronic payments by consumers to creditors.

Businesses in need of debt collection data or other services from the industry might consider the ways in which the wider range of options now available to them can make the collection experience easier and more streamlined for both themselves and consumers.