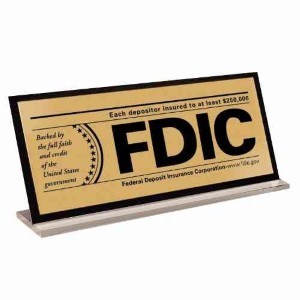 The Federal Deposit Insurance Corporation has released several reports in recent months regarding the growing population of unbanked and underbanked households in the United States. Additionally, the FDIC has revealed that more families are using alternative financial services than ever before, likely the result of distrust of and distaste for traditional banking accounts. Organizations of all kinds can capitalize on this trend by offering alternative financial services, including electronic payments and prepaid cards. These products have been seen as major components in the new age of business, while they also provide a wealth of opportunities to reach new demographics and drive profits. Studying the unbanked and underbanked populations
NASDAQ recently explained some of the finer points of the unbanked and underbanked populations, including the demographics most likely to not use traditional banking services. Citing data from the FDIC, the news provider noted that 10 million households, or 17 million individuals, do not currently have any form of traditional banking accounts in the nation. The source first listed the distinguishing characteristics of unbanked and underbanked households, as the former does not have any deposit account, while the latter has at least one, but relies heavily on alternative financial services. According to NASDAQ, the number of households that do not have a savings account continues to dwindle, with nearly a third of the overall population living without this type of deposit service. The news provider asserted that African American households comprise roughly one-third of the underbanked population, while accounting for just under a quarter of the unbanked total. Further, families that are currently suffering from unemployment account for 28 percent of the underbanked population, and 22.5 percent of the unbanked. In these populations, the FDIC revealed recently that prepaid card usage has grown 5.6 percent since last year's total of 17.6 percent of the unbanked population, NASDAQ added. Prepaid cards as a strong method
Businesses should begin to consider offering prepaid cards, or accepting those from financial institutions and other merchants, as several reports indicate this will be the most popular form of alternative financial services in the coming years. Additionally, companies have an opportunity to reach new demographics, which have historically strayed from traditional banking accounts, through the use of alternative financial services.
Alternative Consumer Credit Data