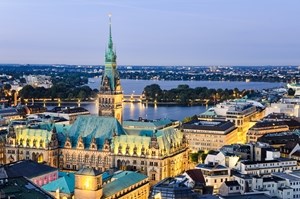 Now that the U.K. is likely to invoke Article 50 of the Treaty on European Union, financial services and fintech companies alike are calculating how to navigate an environment of uncertainties.

"A bilateral trade agreement is a possible Brexit outcome."

Once the U.K. officially leaves the EU, it will have to engage new trade negotiations with nations across the world. How these discussions progress depends on how the country chooses to maintain relationships with the EU.

Which relationship will the UK choose?
Global Counsel, a consultancy providing insights into the effects of politics, regulation and public policymaking, released a report outlining five possible Brexit models:

Which is more likely? Global Counsel maintained that the FTA-based and bilateral agreements are "possible." Given the repercussions of these approaches, how would they impact the fintech space?

The possible effect on fintech jobs and services
First, consider the consequences of establishing an FTA with the EU. This would likely hinder U.K. banks' ability to "passport" their services to the EU member states. TechCrunch contributor Shefali Roy wrote that fintechs may also lose this privilege. For example, companies operating under EU stipulations and providing lending services may be restricted from using nontraditional credit tools developed by U.K. businesses.

What about bilateral accords? The pertinent concern is how the accords will govern U.K. access to specific sectors within the single market. Assuming the EU would impress stringent restrictions on the U.K.'s financial sector, this would severely impede U.K. fintech's ability to develop flexible relationships with EU customers.

Irrespective of either situation, fintech will find a way to adapt. One possibility, according to Roy, is that U.K. fintech startups will apply for regulatory licenses in Ireland, Italy, the Netherands, Germany or Spain. While Germany is a favorite due to its favorable regulatory environment, Ireland would arguably be more accessible to U.K.-based fintech companies, assuming they're already in the process of expanding to this country.

Overall, there may be less concentration of fintech within the U.K., as companies throughout Europe and the rest of the world seek more accessible services and products. Businesses are likely to take the safe route, engaging fintech firms such as MicroBilt, which have demonstrated their ability to navigate uncertain regulatory environments.