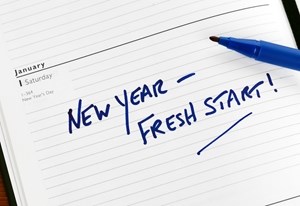 The past 12 months have been filled with countless fluctuations in economic health, challenges to data security, erratic small business lending volumes and other financial issues. However, companies can get off to a good start in 2014 by planning for the challenges and opportunities that will arise in the new year, and there are several areas that should be prioritized.

When looking back at 2013, there were several consistent threats that consistently made headlines, including wire fraud, electronic payment processing failures and identity theft. Regardless of which industry a company might operate within, ACH cards and other digital transaction methods have become ubiquitous, and it is not wise to avoid these investments altogether.

Instead, business leaders should make it a point to correct some of the problems that led to vulnerabilities and breaches in the past, while simultaneously expanding upon various technological and operational capabilities. All signs point to a highly advantageous year in 2014, and those companies that aggressively mitigate risk while setting themselves up for success will be at the forefront of revenue and profit growth.

Kiplinger recently released its latest economic outlook report for 2014, asserting that the U.S. financial situation is poised for significant growth and improvement in the coming year. According to the source, gross domestic product should grow at a rate of 2.6 percent next year, compared to the estimated 1.8 percent that was seen in 2013, while the unemployment rate is expected to finally fall below 7 percent to 6.5 percent.

Additionally, housing sales for both new and existing homes are expected to increase 4 percent and 16 percent, respectively, while retail sales are set to expand between 5.2 percent and 5.7 percent. Finally, Kiplinger predicted that short term interest rates on various types of commercial and household loans would remain at historic lows throughout the new year.

What to do about it
Writing new year's resolutions for personal reasons can be fun, but it is hard to tell just how many of these commitments are obliged throughout the year. However, business leaders should make several new year's resolutions and stick to them if they want to excel 2014. With Kiplinger's forecasts in mind, here are four measures that should be at least considered by corporate decision makers:

While these matters only pertain to security, business leaders should also include some resolutions related to credit access and loan acquisitions. Experts predict that the alternative financial services sector will remain highly active in 2014, and companies should not miss opportunities to obtain competitive deals on loans because of a lack of research.