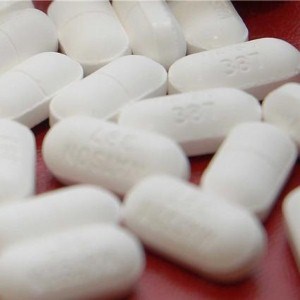 Conducting pre-employment screening is a highly advised tactic leveraged by many businesses. Companies that fail to check their job applicants often place themselves at a higher level of risk, opening the door to internal theft, embezzlement and other issues in the future. Included among screenings conducted during background checks is drug testing, which can prevent drug abuse within the workplace and ultimately help avoid errors or injury among employees while on the job. Prior to conducting drug tests, it's important for companies to have policies in place. It's legal to require a job applicant to undergo drug testing as part of the pre-employment screening process, however a policy must be written out in order for a firm to actually begin using it, Pre-Employ wrote. To conduct a test, a company must have its job candidates show up at a site to provide a urine sample. Negative results can be determined in approximately 24 hours. "These tests take into consideration many different drugs," the source noted. "Most five-panel drug screenings test for marijuana, cocaine, PCP, opiates and amphetamines usage. Employers also have the opportunity to use a 10-panel test in order to test certain prescription drug use. These tests are able to detect drugs that are present in an individual's system for certain periods of times. Many drugs are able to be detected if use has occurred within 2-4 days. Other drugs are able to be detected if drug use has occurred within 30 days." While drug screening can be costly for a firm, it may prove its worth later on. According to Smart Business Online, 30 percent of small business failures are a result of employee theft, and internal employee thefts happen 15 times more frequently than external thefts. Pre-Employ notes that conducting drug tests can help a firm weed out poor performing candidates, which may cut hiring and subsequent firing costs for an employee unable to properly meet company expectations. "With training and hiring and firing costs, you can actually spend more money by not including pre-employment drug screening into your hiring process," the source noted. "If you want to look out for the overall well-being of your company, it's a good idea to create a pre-employment drug-screening plan. With this tool, you will be able to hire quality employees and will be able to minimize work accidents and problems."
Background Screening