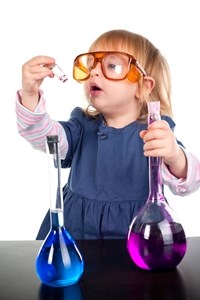 Since the beginning to the Great Recession, alternative financial services have played a major role in a variety of markets and industries, especially considering the widespread tightening of credit among traditional banks and lending institutions. Businesses small and large often depend on accessible credit more than any other aspect of corporate operations, and inability to take out loans can hinder even the most successful companies.

However, 2013 saw a massive resurgence in small business lending, which has had dramatically positive impacts on the overall economy, while this trend is expected to continue to intensify going into the new year. Entrepreneurs, as well as executives at larger corporations, should always consider using alternative financial services when applying for loans, as these channels can be highly advantageous for certain types of business needs.

While rates on these loans were once much higher than those of traditional ones, higher demand for alternative lending has led to even more competition among the firms that are present in this market. As a result, several emerging trends have given economists, as well as decision makers in the private sector, plenty of reasons to be optimistic going into 2014, so long as regulators do not impede upon growth or competition.

FOX Business recently listed several predictions for the small business lending market in 2014, as well as some of the more prevalent and important occurrences that happened in the past 12 months. Small business lending was extremely resilient in 2013, especially considering several issues that surfaced throughout the year such as the government shutdown and tightened terms on new loans from banks.

According to the news provider, more lenders are beginning to leverage the technology that started in the alternative financial services market, and this has had a major impact on approval ratings among both traditional and novel lending institutions. As more banks, credit unions and alternative financial service providers continue to use this technology more aggressively, business owners will likely enjoy quicker turnarounds on loan applications and greater overall access to credit.

In 2014, many experts believe that larger financial institutions, which have trailed far behind smaller banks and credit unions in terms of approval ratings, will continue to aggressively implement new analytics technology that simultaneously improves decision making and risk management while bolstering disbursement volumes. FOX Business added that other traditional types of lending, including loans backed by the U.S. Small Business Administration, will hopefully continue to experience a resurgence next year.

Proof in the numbers
All types of lenders increased their approval ratings in 2013, and this is having a positive effect on consumer and small business confidence. According to the most recent Biz2Credit Small Business Lending Index, small banks are now approving roughly 44.5 percent of all applications, which is higher than figures recorded in the beginning of the year.

What's more, larger banks are approving 17.4 percent of loan applications from entrepreneurs, which is impressive given the history of these firms. However, Biz2Credit noted that alternative lenders are still the champions in this arena, approving more than 67 percent of all applications, which is essentially higher than small and larger banks combined.

Regardless of which industry an entrepreneur competes within, his or her prospects for credit approval in 2014 seem to be much more favorable than any other time since the recession.