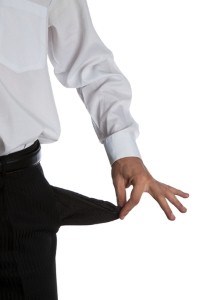 There are more than 30 Harrisburg, Pennsylvania, businesses that have yet to repay funds loaned to them under a small business lending program introduced by former mayor Stephen R. Reed, the Patriot-News reports. The loans were issued through the mayor's Office of Economic Development. However, since the initiative was enacted, approximately two-thirds of the 44 loans granted have gone delinquent, notes WHTM-TV. The city is still owed $1.6 million - $800,000 of which has gone into delinquency. "If I had that $800,000, think of how many officers I could put on the street," current mayor Linda Thompson told the news source. "That's why we are not apologetic and very focused on getting this money in the city coffers." Thompson has vowed to hire a debt collection service to recoup the loan money, since collection efforts have hampered her staff. The city hopes to pursue an agency that will collect on a pro-bono basis, and every cent that's obtained will go back into the city's budget. In addition to loan fees, Thompson intends for the hired collection agency to go after delinquent utilities bills in the city as well, which total around $675,000.
Debt Collections