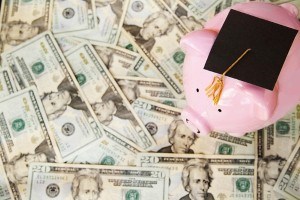 Once thought of as a gateway to obtaining a successful career, college degrees are now pushing grads into an uncertain future. Many graduates are having trouble finding a steady job, which adversely affects the payment of their student loans. Finding debtors who have only recently graduated from college has become more common. Forbes recently announced that 2011 saw outstanding student loans total over $1 trillion. The source also noted that student loans have overtaken credit cards, with $798 billion, as a leading cause of debt. The text explained that this is not only an issue for young adults, but could send their parents into debt, as they are often cosigners. The recession has not only affected the ability of new degree holders to find jobs, but the ability of their debt-laden parents to maintain their careers. The plunge in the U.S. economy resulted in innumerable layoffs, often causing parents who took out or cosigned loans for their children's education to default, forever affecting their personal credit score. A recent report by the National Association of Consumer Bankruptcy Attorneys revealed that adults are greatly affected by this type of debt, with borrowing in the form of a student loan rising by 47 percent in the 35 to 49 age group. The number of loans given to parents for the benefit of their children has risen by 75 percent since the 2005-2006 school year. Many students, faced with daunting tuition, room and board, meal plan and book bills sign up for larger loans than they can handle, often without considering interest rates and future expenses that could effect payment. While private loans are often easier to come by, they usually have far higher interest rates, which can cripple grads on the job hunt. The Fiscal Times reported that while federal loan interest rates have a cap set at 6.8 percent, private loans' interest charges can soar, with the majority being at 9.48 percent or higher. The source also noted that Stafford loans may double in July, potentially hitting 6.8 percent. There is no easy way out for former students in debt. Forbes revealed the little known regulation that student debt is not forgivable should bankruptcy occur, due to a mid 1970s Congress ruling. Bankruptcy lawyers said that only 5 percent of people who have taken out student loans can be forgiven their debts if experiencing hardships, according to the source.
Debt Collections