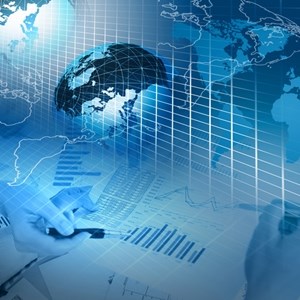 Though prepaid cards have been around for decades, the market for such products has increased substantially in the past several years. Likely the biggest spike in demand for prepaid cards came following the Great Recession, when trust in traditional financial institutions dropped to historic lows and demand for alternative banking products rose as a result.

These products have become especially popular with the unbanked and underbanked populations in the United States and abroad. In 2011, the Federal Deposit Insurance Corporation (FDIC) released a report that found 8.2 percent of U.S. households are unbanked, while this rate increased by 821,000 households from the 2009 report.

The FDIC noted that roughly one-fifth of American households are considered underbanked, representing 24 million homes. Suffice it to say, these populations represent a massive opportunity to capitalize with prepaid cards and other alternative financial products.

American Banker recently reported that new studies indicate prepaid card users currently prefer alternative methods of handling their accounts with the products, such as processes related to loading the cards and evaluating available funds. According to the news provider, the behaviors of prepaid card users are very different from those of traditional checking and credit card account holders.

The source explained that some prepaid card providers have seen as much as 40 percent of all funds loaded to prepaid cards occur during off hours and from locations other than their main establishments. As these products are far more popular with teens, as well as the unbanked and underbanked populations, experts are not surprised that users prefer to manage their accounts in alternative fashions.

American Banker noted that the most successful prepaid card companies will take advantage of consumers' desires to be in total control of their accounts, and be able to manage the entirety of processes on their own and at their own convenience. To capitalize on prepaid card, companies must develop progressive marketing initiatives, as well as the sculpting of competitive deals related to annual rates and a lack of hidden fees.

Will prepaid replace cash?
The Center for American Progress recently explained that the government, as well as a variety of enterprises around the world, are beginning to shift financial services entirely to digital formats. Prepaid cards are among the most popular forms of electronic payment methods available today, though mobile and e-commerce capabilities have become more common in the past two years.

According to the organization, the demand for prepaid cards has led to increased competition in the market, which is improving the availability of preferable products for consumers. Furthermore, the source noted that prepaid cards have been seen by many analysts as methods of strengthening relationships and trust between financial institutions and consumers.

The Center for American Progress explained that the latest data indicates the number of unbanked consumers who used prepaid cards increased from 12 percent in 2009 to 18 percent in 2011. Households who had bank accounts in the past increased prepaid card usage from 19 percent to 27 percent in that same time frame. Businesses should consider creating unique prepaid card strategies to capitalize on this growing popularity.