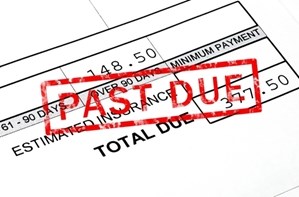 No one wants to be in debt, but once a consumer has gotten to that point, it can often be difficult to recover. Debt collection agencies know this firsthand, as receiving payment can often be a challenge. As these organizations strive to meet their goals of efficiently gathering up overdue payments for their clients, they must also keep in mind the changing face of the economy. Recent data from the United States Census Bureau shows that the amount of money owed per household is rising, and larger debts may necessitate new strategies for success.

According to the U.S. Census Bureau, the number of households carrying debt is on the decline, falling from 74 percent to 69 percent between 2000 and 2011. While this may be good news for many Americans looking to avoid accounts winding up with debt collection firms, the indicators weren't all positive. While fewer individuals owe money, those that do owe more. In 2000, the median amount of household debt was slightly less than $51,000, but by 2011 it had increased, coming in at a solid $70,000.

The number of debtors varied widely by age group, the organization found. For most demographics, the likelihood of owing money dropped, but there was one for which the probability increased - individuals aged 65 or older. Numbers rose by about 3 percent between 2000 and 2011, amounting to 44 percent.

"Those 65 and over became more likely to hold debt against their homes, and their median housing debt increased, as well, which explains a significant portion of the increase in their overall debt between 2000 and 2011," Census Bureau economist Marina Vornovytskyy said in a statement.

On the other hand, homeowners younger than 45 were found to be more likely to experience debt related to non-credit sources, such as student loans or medical bills.

More money owed, more compassion due
One of the continuing problems for the debt collection industry is the challenge of using best practices. Businesses that don't follow the rules, such as the Fair Debt Collection Act, see a lot of media attention, and this may effect the potential for successful collection. On one hand, agencies breaking compliance regulations may have a difficult time getting debtors to cooperate, and on the other, bad press is likely to scare many consumers. If people who owe money are too nervous to even pick up the phone, it is less likely that a firm that operates within the law, or even one that goes above and beyond, will be able to help them.

Debt collection agencies that go too far may have a major impact on consumer perceptions. Earlier in 2013, Bloomberg shed a light on how new technology is spurring some agents to be more intrusive. One woman who spoke to the news provider claimed that, even though she was communicating with collectors over the phone regularly, an agent found her on Facebook and messaged her about the money she owed, asking her to call the company.

Mark Schiffman, a spokesman for debt collection trade association ACA International, told the source that the laws regarding interactions over social media are unclear, and the he advises collectors to avoid doing so. But aggressive tactics certainly aren't limited to the Internet. The New York Times wrote that some companies have planted employees in hospitals to request payment of ill debtors. An expert told the magazine that this tactic is also legally questionable, especially if collectors gain access to patient health information in the process.

These tactics not only sometimes reach beyond compliance standards, but they may be especially intimidating for debtors who owe large amounts of money. Paying back funds is not always immediately possible, and no amount of harassment will put that money in consumers' wallets. As many debtors deal with heavier loads, agencies may want to rethink how they approach collection.