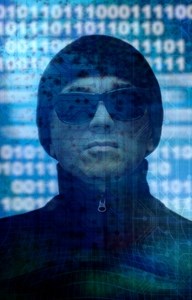 Every consumer needs some form of insurance, and now it appears that they need to have an additional concern other than the cost of their policy - identity theft.

An insurance agent in Georgia was recently charged with identity theft, after he submitted insurance applications for Dodge County employees without them knowing, according to the Florida Times-Union.

The man was found to have filed applications for six workers in the Dodge County Tax Appraiser's Office.

"Our investigation has determined that policies for disability, critical illness and life insurance were issued and employee salaries were deducted without their permission," Georgia Insurance Commissioner Ralph Hudgens told the news source.

When an identity is stolen, consumers can see their credit scores impacted negatively in numerous ways, including new accounts being opened that can lead to high balances and late payments, Credit.com noted.

Generally, when a criminal gets ahold of a person's identity, they attempt to open lines of credit with the stolen name. For this reason, short term lenders need to be the first line of defense against this type of crime. ID verification is essential whenever a line of credit is being opened to help ensure the person isn't using a stolen identity.