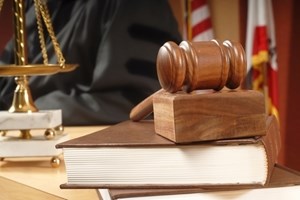 The U.S. Federal Trade Commission is responsible for fielding consumer and business complaints each year, as well as bringing these matters to a conclusion in a timely fashion. Since the organization received hundreds of thousands of debt collection complaints in 2012, making the category the second most common source of issues behind identity theft, the FTC has mobilized to better regulate the sector.

Along with the FTC, the Consumer Financial Protection Bureau has also increased efforts to identify illegal, fraudulent or abusive debt collection practices and close down any agencies partaking in such activities. Government officials have vowed to clean up the industry, while those firms that follow legal and exceptional collection protocols can expect to see better results in the coming years.

InsideARM recently reported that a U.S. district court shut down a fraudulent debt collection agency that used false threats and damaging public communication campaigns to obtain money from victims. The district court was working to complete this task under the guidance and request of the FTC, which was tipped off to the potential issue.

According to the source, the FTC believed that the collection agency violated a variety of aspects of the Fair Debt Collection Practices Act, including unlawful communications with family members, friends and co-workers, false threats of lawsuits, calculated campaigns to embarrass consumers and businesses, and several more. The firm operated in Orange and Riverside counties in California, and allegedly used several fake names.

The news provider explained that the four individuals and seven companies believed to have made up the components of an elaborate scheme to carry out extortion efforts will be put on trial for several counts of fraud and deception. Quality debt collection agencies would do well to take note of some of the allegations and ensure that their employees are not violating the FDCPA.

InsideARM stated that the FTC is alleging the defendants improperly contacted third parties about consumers' debts, failed to disclose the name of the company they represented and failed to notify consumers of their right to verify the debts, among other charges. All of these activities are in direct violation of the FDCPA.

While this specific instance was clearly the attempt of fraudulent parties to make easy money, real agencies can still learn a lesson from the ways in which the events transpired.

Simple collection practices
The FTC offers extensive guidance for consumers and businesses that will help avoid issues with the debt collection process. Agencies should always train employees to understand every piece of the FDCPA, as well as any other information that the FTC or CFPB offers to ensure that their practices are within the guidelines of the law.

Collection agencies should also consider going above and beyond the call of duty when it comes to customer communications and branding efforts. By having exceptional client services and remaining committed to a better brand image, collectors can work against the stigma that a few have brought upon the industry at large.