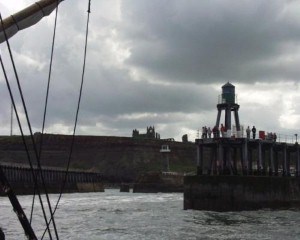 Under the law, which had been in effect for the past 11 years, background screenings were required for maritime workers, unannounced port inspections and the deployment of law enforcement officers. The legislation came into effect in 2000, in part as a way to slow the state's rampant drug trade. By the late 1990s, more than half of all the cocaine in the United States came through Florida's ports, often concealed in hidden compartments on cargo ships. As a result, approximately 60 percent of the dock workers at the Port of Miami had felony arrests. According to the Florida Courier, the law was also enacted in response to the 9/11 attacks. All port workers, truck drivers and employees working for companies that did business at the ports were required to obtain a federal Transportation Worker Identification Credential card - a process that included a background screening and a threat assessment. However, the repeal has a wide array of supporters who feel that the added security was doing more harm than good. Mike Rubin, vice president of the Florida Ports Council, told the news source that there was "never any evidence that this additional background check did anything but cost more money." Glenn Wiltshire, deputy port director of Port Everglades, added that "Bottom line is the port will be as safe tomorrow and secure as it is today." The news source notes that the Everglades port will now spend approximately $300,000 to $400,000 less on security per year. It plans on reducing the number of employees at its ID processing center, and is considering an automated security gate which could decrease the number of sheriff's deputies assigned to the grounds. There are, however, those who believe the reduced security will have a detrimental effect on the ports. "We have lessened the security in Florida ports,'' Bill Janes, former director of one of Florida's agencies that oversaw port security, tells the Sentinel. "I think the state is taking a huge step backwards.'' The Florida Ports Council estimates that the repeal will save port-related businesses around $3 million annually, the Courier reports.
Background Screening