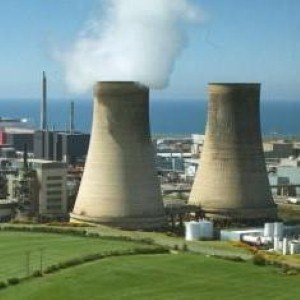 A recent report from the Department of Homeland Security revealed al Qaeda members may be recruiting members in U.S. utilities plants in an attempt to plan an attack, according to the Hill.

In response, New York Senator Charles Schumer plans to introduce legislation that would require mandatory FBI background checks on all workers who have access to sensitive areas within utilities when Congress reassembles in September, Reuters notes. The Hill points out that employees at power plants, water treatment plants and other critical infrastructures, such as chemical plants and refineries, would all be subject to the screening. Currently, only nuclear power plants are required to conduct FBI background checks on employees with unescorted access to facilities, according to Reuters. The Epoch Times reported that the checks screenings were enacted following the arrest of Sharif Mobley, a suspected terrorist, in March of last year after it was revealed that he worked in five different nuclear plants in the United States. "Power plants and utilities present a tempting and potentially catastrophic target to extremists who are bent on wreaking havoc on the United States, which is why thorough background checks on all workers with access to the most sensitive areas of these operations are a must," Schumer said in a statement quoted by the news source. DHS's July report insinuated that al Qaeda extremists were infiltrating utilities plants to potentially launch physical and cyber attacks from the inside. The report also stated that the DHS had high confidence in its judgment that insiders and their actions posed a significant threat to the infrastructure and information systems of U.S. utilities. Furthermore, DHS's background check initiative would "close this major security loophole that would make it mandatory for all major utilities and critical infrastructure plants to run FBI background checks on employees with access to the most sensitive areas of utilities," the report added. The Washington Post reported that during the fall of 2010, al Qaeda leaders encouraged followers to apply for jobs within power plants, which could double as terrorist targets to inflict severe damage "quickly and easily."  Schuhmer added that the DHS report was a "wake-up call" and that action must be taken to ensure those with access to critical infrastructure are not compromised. The background check would include a fingerprint analysis to be paid for by each employee.
Background Screening