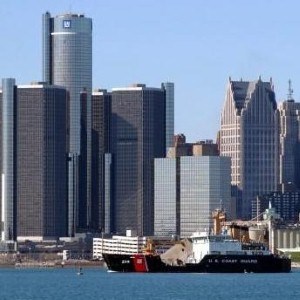 Auto industry financing continues to have major implications for many who sell cars for a living, as well as those trying to obtain credit to purchase the vehicles of their choice. During the past decade, many of the once-prominent auto companies in the United States have fallen on hard times, with some being forced to take out loans from the federal government just to stay afloat. However, in the past few months, Detroit's so-called Big Three automakers - General Motors, Ford Motor Company, and Chrysler - have all reported better sales numbers than a year before. The Detroit Free Press reports that the Big Three sold more than half - 50.2 percent - of all light vehicles purchased by U.S. consumers, the first time such an instance has occurred since August 2009. Many auto experts attributed the gains by the U.S. companies to Japan's ongoing struggle to recover from the devastating earthquake there. The March disaster forced many car-making plants in the Land of the Rising Sun to suspend operations until the area was deemed safe to resume work. Year over year, Chrysler led the Big Three in sales gains, with an increase of 30.2 percent in the month of June, followed by Ford, which increased sales by 13.3 percent, and GM, which saw sales grow by 10.6 percent. The Japanese competition saw its supply chain severely interrupted following the disaster, giving the U.S. companies an advantage. "The Japanese automakers really got hit hard, much harder than any one of us anticipated," said Jesse Toprak, an analyst with consumer auto site TrueCar.com, in an interview with the news source. Others with knowledge of the industry agreed with the assessment. "There's a lot of moving parts – the economy, the issues in Japan, the run-up in oil prices," George Pipas, a Ford analyst told the Detroit Free Press. "But if you try to normalize this, I think you probably would have had a first-half sales rate that would continue to be around (12.8 million) into the second half." One auto company that has been experiencing difficulty in obtaining financing is Saab. The automaker recently announced that it had come to terms with a Chinese investor in order to avoid a shutdown.
Auto Industry Financing